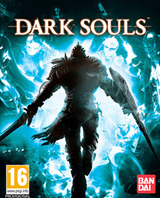 The player character is an Undead, who has yet to become Hollow. The protagonist escapes from the northern Undead Asylum with the help of another Undead and learns of the prophecy concerning a chosen Undead who leaves the Undead Asylum in pilgrimage and rings the two Bells of Awakening in the land of the ancient lords, Lordran.