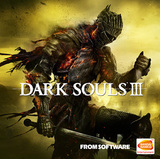 Set in the Kingdom of Lothric, an undead warrior known as the Ashen One is tasked to avert an oncoming apocalypse brought about by the ongoing conflict between Light and Dark. But the only means to avert this event is with the destruction of the Lords of Cinder, previous heroes who have linked the First Flame across eons.