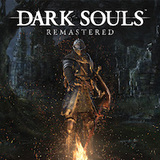 Dark Souls is a third-person action role-playing game. The core mechanic of the game is exploration. Players are encouraged by the game to proceed with caution, learn from past mistakes, or find alternative areas to explore.