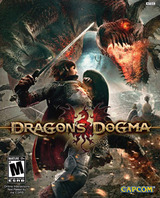 The game begins with an unknown knight proceeding through a deep canyon, and eventually a temple, and after fighting a Chimera, goes into a set of doors leading to an unknown beast. The game then passes through a number of years until the next appearance of the Dragon, a sign of the end of days.