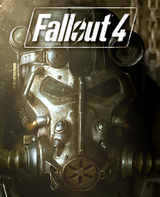 The player assumes control of a character referred to as the "Sole Survivor", who emerges from a long-term cryogenic stasis in Vault 111, an underground nuclear fallout shelter. After witnessing the murder of their spouse and kidnapping of their son, the Sole Survivor ventures out into the Commonwealth to search for their missing child. The player will subsequently explore the game's dilapidated world, complete various quests, help out factions, and acquire experience points to level up and increase the abilities of their character.