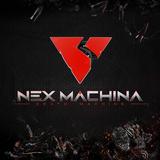 Nex Machina is a shoot 'em up video game developed and published by Housemarque.