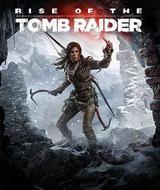 The story follows Lara Croft as she ventures into Siberia in search of the legendary city of Kitezh while battling the paramilitary organization Trinity, which intends to uncover the city's promise of immortality.

Review Rise of the Tomb Raider on R3PL4Y