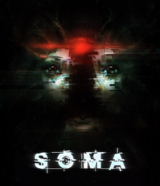 Soma takes place on an underwater remote research facility with machinery that begins to take on human characteristics. Simon Jarrett, a fish out of water protagonist, finds himself at the facility under mysterious circumstances and is inadvertently forced into uncovering its past, while trying to make sense of his predicament and potential future