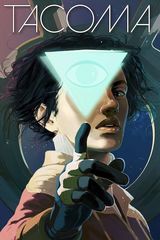 Amy Ferrier is assigned by Venturis to enter the abandoned Tacoma station, retrieve AI data from each of its sections and retrieve the physical processing module of ODIN, the station's AI. As Amy explores the station, she is able to piece together events on the station using its AR system.