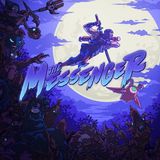 One day, a ninja village is attacked by an evil Demon King. It is then that a supposed "Western Hero" appears and gives a scroll to one of the surviving ninjas, appointing him as "The Messenger" and telling him to deliver it to the top of a mountain.

Review The Messenger on R3PL4Y