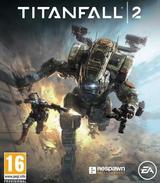 The game's conflict takes place in "The Frontier", a region of star systems far removed from the "Core Systems" where Earth is located. The Interstellar Manufacturing Corporation and the Frontier Militia battle for control of the Frontier. The IMC seeks to exploit the Frontier's rich resources regardless of the consequences for planetary environments and civilian populations, while the Militia fight to expel the IMC and gain the Frontier's independence.