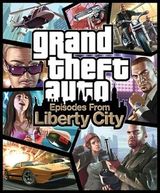 This expansion, build upon GTA4 has the strength of building upon an excellent sandbox, but if it should be judged by itself it doesn't contribute more than extra missions and story lines.

Yes, the stories about The Lost & Damned and Gay Tony are as good as the original GTA4 story line, but I think I was expecting something more. I played this 2 years after the original GTA4 and still it took me just a few hours before I got bored of the world. I played the rest of the missions just because I payed for them.

It is not a bad game, but I would only recommend it if you're not satisfied with GTA4 and want more.