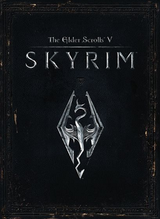 I revisited Skyrim this fall, nearly one year after I stopped playing it. It is always hard to come back to a game and I've always found that I must start a new character because it is impossible for me to resume playing from where I was.

But, with Skyrim I found the inverse to be true. I couldn't bare myself to create a whole new character after putting 70 hours into my old one, and I didn't find it very hard to get back into the game with my old character. This must have something to do with the way Skyrim is built.

Once I finished the main storyline during my last playthrough I couldn't find any reason to go on. Yes, I could continue to build my character, but why should I when there is no real goal to aim towards. So I quit playing.

Now when I revisited the character it was not about finishing the game anymore. It was more about exploring the world and get to know more about the people and individuals living there.

And it is an amazing world. Just starting this game and hearing its music give me chills down my spine. The atmosphere is fantastic and the side missions are very detailed and great. Side missions in games are most often there as fillers. They are not connected to the world the same way as the main story line, and they are there just to make sure that you play a bit longer. In Skyrim the side missions are the game. They are connected to the world and to the lore. Some of them make direct changes to Skyrim and changes the game and takes the lore a few steps forward.

I've quit playing. Yes, I'm done for this time. My skill in archery is now 100 and I don't want to restart on a new combat style right now. There are still some problems with load times and bugs. I have had to restart the game several times because the it would just hang in the load screens. These things are irritating, and the main reason why I can't give this game a 5up. Still, it is a very good game worth revisiting again and again and again.