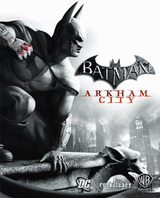 The first game had some problems, but it was great fun. This game is very much a repetition of the previous game with small improvements.

I'm not sure what other people see in this game. It was highly celebrated when it came out, but I think it has some serious flaws.

The story is crap. Basically because I expected the game to end, over and over, but it just kept going. There was no plot to continue with, but the game went on anyway.

The sandbox is a desert. Sure it is fun to fly about and beat up bad guys, but there is not really anything interesting happening there except being a scenery of game story missions. The world doesn't feel alive. It is the same problem as LA Noire has.

Repetition. I thought they would give this game a larger budget so there wouldn't be as much repetition as in the previous game. It feels like I'm fighting the same mobs over and over, the same boss over and over and there's a lot of backtracking - walking through the same halls over and over. I hate it.

Despite this, the game is fun. It is really fun. I love being Batman. The gameplay is phenomenal and the fluent fighting system is one of the best I've seen, reminding me a lot of Heavenly Sword.

Level design is great, and there are always a ton of options when you're in a situation where you need to clear the room. The game is challenging but certainly not hard. I won't play it again, but I had a good time playing it through the first time.