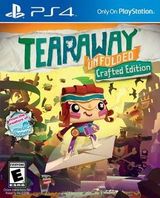 I don't like long games. Or rather, games that have fill out content. I want every scene in the game to bear meaning to the story arc, or it could be removed. I do not enjoy going through levels upon levels of enemies where the levels doesn't progress the story forward.

With this said, there is one thing in particular that I can't stand in video games - feign ending.

The game build ups for an end, the music, the gameplay everything and when you reach that end the games goes into a different chapter. In my mind the game ends right there, and the extra chapter is only fill out.

The first ending happend at about 25%. I thought it was a short game, but it was neat. I really liked it. When it turned out to be a false ending I got really irritated. Not a false ending like, "your best friend is the real enemy and now you need to go after her", but rather "this game became to short, let's make up another story for the player".

So I carried on and defeated the boss of this new ending thinking that the game was surely to end, but no. I got another chapter of unwritten tales where I were to traverse the nothingness of unwritten pages in a book. This also had an ending, but not the ending. Instead we were brought to a Journey clone world. Surely this would be the last one ... !? No.

After the first ending at about 25% mark, I stopped enjoying the game. I was just waiting for the real ending. This is what happens. I was fooled on the end, and now I really want that end. So I stop caring about the story, about the beautiful scenery or about the puzzles. I just try to get through it as fast as possible so I can quit playing it.

In the end I did not enjoy it at all, but I kept on playing because if I quit playing a game before I'm done, I will always feel that I need to go back and finish it. I didn't want it with this one. I wanted it done so I could delete it from my hard drive and never think about it again.

I did reach the real end. Then my wife told me that she might want to playit. Ok, fine, I'm not deleting it then.