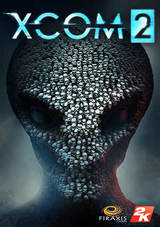 Do you remember the reboot of XCOM in XCOM: Enemy Unknown that came out in 2012? It was a fantastic reboot, even if I hadn't played the original games, you could really tell the love these developers had for the original series, and what kind of customizations they found neccessary in order to bring it up to modern gaming standards. I loved it then because it gave me the opportunity to experience something that I would never go back and play otherwise.

Now it is 2016, four years later and we get a sequel. In this sequel everything is better. The graphics are updated, the stupid ranger mini game has been removed, there are more upgrades and more toys to play with.

However this is not the game I expected.

It feels pretty much as the same game as was released in 2012. There are not many innovations. The changes to the forumla has been small in order to not disturb the XCOM gods, but at the same time the sequel feels meek. The remake was pure bravery from Firaxis, but in making this sequel there has been no bravery involved. Just the same thing, but more, and it doesn't work for me anymore.

In the remake we could accept certain things because it had to stay true to the original, but in the sequel they had the opportunity to invent on the XCOM formula and fix all the problem the first game had. Unfortunately Firaxis choose the easy path and repeat the success of the previous game, but it does not live up to my expectations.

One major problem with the game is the random aspect. Every task is based on luck. By tactical decisions you can help luck along the way, but even if you make everything perfect your soldiers will miss 1 time out of 10, and that will ruin the whole mission for you (maybe the whole play through).

This is part of the formula. Even if you play perfectly you will be screwed over. But it does lead you to reloading that auto-save each time your squad member misses a shot. This play style is not very fun, and the loading times are painfully long leading to me reading a book at the same time as I'm playing this game. What!? In order to keep me entertained I need additional entertainment.

"XCOM is meant to be played in IronMan" -- The Internet

Actually it is not. An IronMan challenge is where you as a player is put to the test by only be given one chance. Compare it to Diablo 2 where there is no randomness involved in the decision if you will live or die. Your skill will decide, and in lack of skill you can by pure determination kill the same enemies over and over to make sure your character is always over-leveled.

You can't do this in XCOM2. The game is very hard already in normal difficulty, and you cannot take control over the difficulty curve by over-leveling. Time will decide the game's increase of difficulty and you need to keep up. There is no room for failing a mission as a setback will make the game even harder. So you're a slave to luck, and unless you're lucky you will not win.

If Firaxis were brave, they would have removed the luck component from the game design. They would alter the formula.

The game play is great and the level design is fantastic. But the game is the same experience from beginning to end, with a slight alteration through new weapons and enemies. However when you're doing your thirtieth mission seeing the same environments as you've seen before, doing the same thing the same way, it doesn't hold up. It becomes old. In fact it hasn't changed much at all since 2012 and we became quite fed up with it back then.

The idea is that missions are randomly generated through a set of predefined levels and mission objectives, but you will very soon see through the algorithm and recognize both graphical assets, and whole sets. Why do so many maps have a cemetery? and why do all buildings look the same.

There are a few predetermined missions, and these are the best. What Firaxis should have done is to not randomize missions through the campaign but actually manually create the experience. If they wanted to keep the random encounters, they could have done that in an optional skirmish feature to increase replayability. That would have been the brave thing to do.

Stop reading now if you don't want to be spoiled on the story.

Its bullshit! Seriously, who did write this crap? The story of the original remake was ok if just a bit predictable and unimaginative. However, the story of XCOM2 is only an excuse to make another game.

You're set in a world where the aliens won, and you are the resistance movement with the objective to overthrow the alien government. Early on you learn of a project called Avatar and there is a game mechanic where you're set against the aliens to try to stop the project before they succeed with it. You need to go around the globe to destroy research facilities in order to prevent the Avatar project.

Then all of a sudden, an Avatar appears in your mission, fighting you. What you did, had no effect. The aliens created their avatars no matter what you did. The story was just there to support a stupid game mechanic, and it makes me so angry. In the HUD it shows that I successfully prevented the avatar project, but in the end mission I end up fighting no less than three avatars.

To summarize, I respect Firaxis as a developer, I usually love their games, but this did not meet my expectations. I was expecting them to fix all problems that were with XCOM: Enemy Unknown and innovate upon the formula, but all they did was upgrade the game engine and create more content. The game play is good, and I'm having fun, but it gets repetitive very quickly. The game is too hard, it is too long, and the story is just an excuse to make a long game.

I played the PS4 version, and from my understanding they used and external studio for the conversion from PC. This conversion was not successful. The game lags on my PS4. There is never an excuse for a game to lag on a console as you would see it immediately in QA. It also crashed 3 times during my play through, and it is very rare that a game crashes on my PS4. I encountered several bugs where corpses would slide creepily along walls, the death sound would replay over and over, the screen would get stuck in walls so I couldn't see anything, controller buttons became unresponsive at times and when I had the game running for long enough the AI would crash leaving all the enemies unresponsive. They would just stand still and die when I shot them.

I'm not sure I will play another sequel.