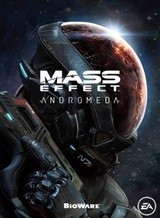 The first Mass Effect was special. It brought something we hadn't seen before. A role playing game in a galaxy with multiple species, a rich universe and backstory and a villain that was beyond the normal video game tropes.

The second Mass Effect was not as innovative. Instead of expanding the universe it focused on building characters, isolated stories and social interactions. Again in a way that we hadn't seen before in video games, not at this scale at least.

The third Mass Effect used the previous two games to deliver a grand experience. It was the kind of game that struck you with a new fantastic reveal every five minutes. And the delivery of the ending for the trilogy was bombastic. It is a game that I still find myself thinking about now and then.

It is 5 years since Mass Effect 3 and we have seen many things since then. Games have evolved beyond all what Mass Effect has accomplished. If you'd release those games today, they wouldn't be anything special. It was the timing and the delivery that made them special.

Andromeda does this, it starts over in a new Galaxy. Upon our arrival everything goes to shit and it is our responsibility as path finder to make a new home in a new Galaxy. This cannot compete with the intro of Mass Effect 3, where earth is attacked by reapers and you have to flee as you see your home burn. No, this game starts from scratch, it needs to start from scratch in order to build up.

People are disappointed by this game, almost offended about it, because it doesn't meet their expectations. Instead of taking a step back, and reevaluate what they got compared to what they were expecting, they complain that bad animations and bugs ruined the game for them. However if they go back to ME1&2&3 they will find tons of bugs and also crappy animations, and that didn't ruin those games. So why would it ruin this game? Because they were expecting something else.

I was expecting a BioWare space RPG published by EA, and I got exactly what I was expecting. A huge world with lots of meaningless side missions. Bad writing and cringe worthy dialogues at times. Lots of bugs, because EA push games out too early and BioWare tend to build too complex systems. It is a space game with no basis in physics or astronomy.

If I'm going to criticize Mass Effect Andromeda in particular, I hate it that animal models are reused across different planets. The leveling and crafting systems are way too complex. Why are there only two new species in this new galaxy? That doesn't make any sense. The story is as usual very predictable and it never seems to surprise you. You have only 6 team members to choose from and some of these characters are a bit over the top.

Even with all these flaws, there is one thing that doesn't make this game flop for me. I'm having fun. After 54 hours of playing, I'm still having fun. I can't stop myself from playing the game, and I really want to get back to it when I'm not playing. Very few games does this to me and it makes me very grateful for having played Mass Effect Andromeda.