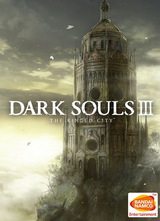 It's the end of an era. It's the end of Dark Souls. For me it started in April 2012 when I bought the original Dark Souls 1 for PS3, but I've played little else since the release of Bloodborne in 2015. Now it is done. From Software has said they'll not make another Souls game. Now I'm done. I would not play another Souls game if it was published. This is the end, and I think, a worthy end.

These two DLCs for Dark Souls 3 do not answer all the questions the fans had hoped to get answered from the base game. Instead it asks new questions and answer those. What would a world bereft of fire be like? What would happen if you let the fire burn out? I think these are meaningful questions and the game makes a good job answering them.

I like the themes and I like what they're trying to do, but it falls short because of me. I have been playing these games for 5 years and I'm hopelessly tired of all the tropes of Souls, and considering Dark Souls 3 main theme is references and look-backs to its predecessors, I'm not amused, not enthusiastic but rather eager to be done with it.

I think me and From Software are on the same page here. These DLCs are of very high quality, because that is what From is producing when they're idling. It feels like they also are tired of the series and they regret signing up for two DLCs, and yet they make real quality. It is not brilliant like Bloodborne. You can sense it is tired. The new things are minor, the big reveals are still callbacks and the difficulty is turned to 11.

Souls was not meant to be about difficulty from the beginning. It was about being rewarding, to reward players for going out exploring even when it was dangerous and you could loose everything. That was thrilling. Then somewhere down the line fans started describe the game as difficult and a challenge. Marketing picked up on the game being difficult and used it to market the sequels. Now in Dark Souls 3 it feels like From Software has themselves started to believe the game must be difficult and implemented the DLCs such, but they've forgot the "why". They have forgotten that difficulty was a byproduct of danger in order to make exploring thrilling. Neither the Ashes of Ariandel or Ringed City are very thrilling but they are very difficult.

They are so difficult that going one-on-one with a standard mob will drain you completely if you survive. Each encounter is a battle of life and death which stands in the way of exploring and instead of being thrilling it becomes quite boring. It becomes too much as it boxes the game into a sequence of encounters instead of free roaming exploration.

The fans explain it such that the DLCs are optional and meant to be played in coop, but from extensive coop play I don't think From Software has designed it with that intent. They just wanted the end of Dark Souls, the end of the series, the end of an era to be epic, and the way we've taught them is to make it as hard as possible.

It's sad that after 5 years I'm no longer having fun with Souls. After 5 years and 5 games I'm done at last. I'm done, and I'm not coming back.