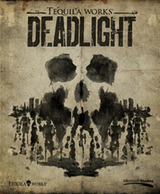 Deadlight
mikaellundin 1 May, 17:56 Completed the game

Deadlight features slow zombies, but call them "shadows", which is quite stupid. Call it what it is - zombies.

I like Deadlight. It is a game that is more about avoiding peril than fighting it. It never turns into a shooter, but stays true to the main theme of avoiding flesh-eaters. I respect that, and it also makes the game more about platforming, puzzle solving and timing than fighting.

It reminds me of the classic game Heart of Darkness where you played as a little boy and you kept running through the frames, timing jumps and dodges to avoid the shadows. That was a great looking game with a great story. Deadlight Directors Cut is also great looking game but with a story that is very forgettable. I try to remember the main characters name, but it doesn't stick. In 6 months time I will still remember the game play, but I've most probably forgot what the game was about.

Nothing much is happening, apart from you avoiding shadows, collecting ID tags and platforming. You finish the game in 5 hours and then you're offered to go into nightmare mode. This is where the game doesn't understand what it does well and what it does bad. Nightmare mode is the same as normal, with only one save point at the beginning of each chapter. This game mode fails because ... the controls sucks.

It took me most of the game until I could remember which button was the run button. The controls really felt wrong and it took time getting used to. What's worse was the problem of getting the character to do what you want. I was often jumping back and forth on a fence because my character is an idiot and doesn't understand that I'm telling it to let go. The same goes with how the controls interact with the world. More than one time the game indicates that I should run through a wall, and I instinctively press jump to give it a better punch and so fail the wall running. It would be kinder to let me also go through the wall in a running jump.

So the nightmare game mode where you only have one save point per chapter, really is nightmarish as the controls will fuck you over and over.

In the main game this is not much of an issue. When it kills you it's only a small annoyance as you will restart the section you're in within seconds and you loose maybe 1 minute of game time.

In summary, this is a very fun game to play. It will amuse you for 5 hours and deliver a game experience that you haven't seen before and would like to play again after you've finished.

The game has a very forgettable story and the controls are a mild annoyance, but this doesn't ruin the experience.