One of the first games I've ever played was Space Invaders. This might sound like a cliché, but I'm actually that old. It was of course not the original Space Invaders game from 1978, but a remake for the Amiga.

There were vertical shoot-em-ups as well. I think everyone has at some time played Galaga. I loved the Deluxe Galaga 2.x on the Amiga, I could play it for hours. I also have very fond memories with a game called Sidewinder for the Amiga. But it was really hard. 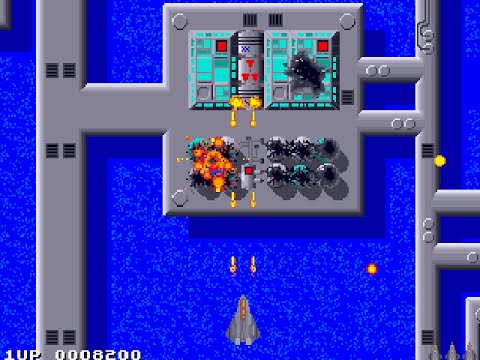 Let's not forget Stargoose. I loved the 3D aspects of it (3D as in Rock'n'Roll Racing -3D) and the fact that it tried to mix the shoot-em-up concept with other game play modes. 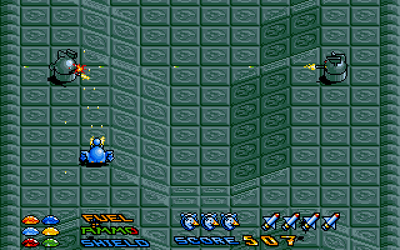 I think the game that Sky Force Anniversary reminds me of most is this small game called Plutos, that was also on the Amiga, just because you actually could play two players at the same time. I've spent so much time playing this game with my sister, and while the game itself is nothing special, the coop experience makes it so. 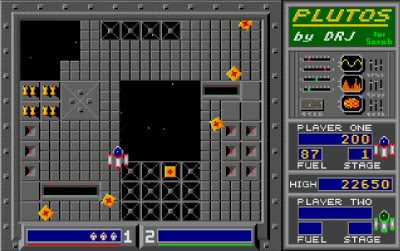 Sky Force Anniversary is a very simple game with very simple mechanics. It is a vertical shoot-em-up where you shoot everything on the screen. Once you shoot something it leaves stars behind that you collect and buy upgrades for. Once you get to the end of a level there is usually a boss to defeat.

You have limited power ups like lazer, mega bomb and also a time limited shield that you can pop off when the bullet density gets too high, and you'll need it because this game is intense.

At the end of each level you get a report on how you managed on the goals. The goals are the same for each level

For each completed goal you get a medal that will unlock new levels, and once you completed all goals for a level you will unlock the next difficulty of that level.

Chasing these goals is the whole game. It is what makes it into a "just one more" game and you can't stop yourself. This game is really hard, and still it is always fair. Completing a level without taking damage is never a goal out of sight and once you get it, the feeling is very satisfying.

The game has a few cheap shots where you get hit from behind, or a super lazer hits you without any chance to react - but since this is a game where you replay every level over and over, it is part of the learning curve and quite forgivable.

Upgrading your ship, getting more health and better weapons helps your progression along the way and it makes it easier to complete all the goals of the earlier levels. This mechanic together with the goal mechanic makes it intuitive to keep playing the levels even after you finished them, and they keep feeling new and challenging. And while this is a hard game, you make it easier by upgrading your ship and you do that by playing the game. It is all a vicious circle that tricks you into playing it more.

I bought this game to play it coop with my son, and gosh! what a coop game it is. It is so much fun to play together that it quickly became our favorite game to play. He quickly picked up on the difficulty and while I can help him out it never became an issue. The game does not increase difficulty because you're two players and I think that is sensible of the developers. Instead you get it somewhat easier to complete the levels as you have twice the shooting power to your disposal.

This is a game you should play. Even if you're not into shoot-em-ups this is one of the best I've played and really worth your time. It is fun to play alone but even more fun to play together with someone. The only thing that I was missing was the ability to have cross-saves between the PS4 and the PS Vita, because I really wanted to play even more, on the bus, in the bed, or any other time when I'm awake.