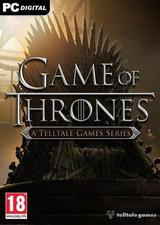 I've never played a Telltale game before. I've known what they are, they have just not interested me. Then I got Game of Thrones from PS+ and I thought I'd give it a go.

I came to this straight out of Until Dawn. It is quite obvious that Until Dawn has ripped the Telltale formula straight off, but honestly it is much better done. Right from the get go it's clear that Game of Thrones was made with probably 1/10th of Until Dawns budget and also targeting previous generation of consoles.

The first thing that strikes me is how ugly this game is on the PS4. I usually don't care much about graphics but Until Dawn is so beautiful and this looks awful. Were PS3s really this bad? I think to myself, but no. There were good looking games for the previous generation, and this looks just wrong.

One afternoon I wanted to play this game but the TV was occupied by my youngest watching cartoons. I have a PSVR so I put it on as a secondary screen to my PS4. Woha! the game got a whole different feeling. The graphics where no longer as bad. Lines where smooth and the textures looked ok. This is what I'd expect the game to look like.

Since PSVR is running on a lower resolution, I think it got closer to this game's original intended resolution. This most likely mean that the graphics break when you scale it up to PS4's 1080p. That is why it looks so bad, and why textures looks all smeared out. They should've kept the original resolution on the PS4 and the conversion would have been much better.

If we ignore the graphics, this game is bad overall. You play as house Forrester that is being oppressed by the Whitehills and Boltons, with the risk of being wiped out. That premise is good but the story takes some turns that are not plausible, just to support Game of Thrones treats and tropes.

What is really bad about this game is how it tries to fulfill its purpose of giving you every GoT feature there is. It tries to involve every major GoT character into your plot line, it needs to involve every area and every trope. New characters are introduced just to get killed in a rate that defeats the whole purpose. You don't feel any loss because you haven't had the opportunity to get attached to these characters before they are run through by a spear or gets their guts cut out. Because this game is very gory. Worse than the TV series but it has no sex scenes at all. This is so weird that skinning a man alive is less offensive than two people making love.

The main cast of GoT are well represented, but I find it weird they wear the same cloths through the whole season. Only Margeary gets a change. Maybe she should have changed skin as well because it is so sickly white she looks like a zombie. The problem with the main cast is that you know their depth from books and the TV series. If you put them next to the game's cast it is so obvious how one-dimensional the game's characters are. They only have one state of mind, one purpose and the voice actors play these characters without any nuances. Roderick just bellows on through the game.

Last but not worst is that you get an achievement for turning each corner. Since I did my achievement hunt for the Souls series I've actually started to care about that, and it is bullocks that you get a platinum achievement for just completing the game. I have spent 100 hours each on my platinum achievements for the Souls games and getting a platinum from this game by finishing its 10 hour long story is a humiliation to that effort. I feel really offended by them just handing out platinums for no effort at all.

The only purpose this game fulfill is milking the GoT franchise. There is no heart in this. It only exists to make money from GoT fans. This game is just so bad. Let's hope they won't make a sequel.

Review Game of Thrones on R3PL4Y