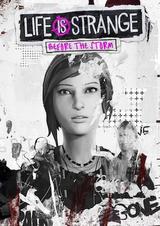 Life is Strange: Before the Storm
mikaellundin 28 May, 20:50 Completed the game

I loved Life is Strange; well at first I thought it was stupid but it needed a few episodes to get started and let the story shine.

Before the storm focus on the character Chloe and is set three years before the events of Life is Strange. Chloe has lost her dad in a car accident and is still dealing with her grief, mostly by doing drugs and being angry at everyone, but then she meet this girl Rachel and the story takes off. Rachel, if you remember is the girl gone missing in Life is Strange.

I really like Chloe's character. She has a good backstory and is well thought out. Her issues and motivations feels on point to me and I really sympathize with her tragic background. It is a testament to how good Life is Strange is when you can take a side character and make a whole new game without adding much to the character.

The game is really good at character development. Chloe has a starting point in episode 1 and for every episode she gets more sure of herself and turning more and more into the character she is in Life is Strange.

I have to praise the direction and the animation of the game. Playing through it the first time, I didn't notice it but while collecting all the graffiti, the camera angles and the animations are pretty good. I love how they are able to make Chloe bounce her steps and speak with just body language and facial expressions. That is masterful.

Those are the good things I can say about this game, well the good vibes and music are still there but apart from that this is just more Life is Strange and not in a good way.

It’s like a board of directors have been looking at a sales chart of Life is Strange and brainstormed how they could capitalize more on it. “Let’s do a Chloe backstory” and they’ve contacted DONTNOD that responded “we don’t want to do it, that game is finished” so they sent all the sources to a company called Deck Nine that would try to copy the concept of Life is Strange into a new story. I think Deck Nine did admirably in the situation, they totally meet expectations but they do not excel.

So, removing the time travel mechanic without replacing it with anything is a huge mistake. The time traveling was one of the things that made Life is Strange complex enough and philosophical. All that is left is walking around looking at things and talking to people which is good enough in some games but here it is a step down from the previous experience.

So the game has to rely on its story, world and characters but we all know the world and the characters already. The only thing left to discover is the story and that is not great. If you compare it to a standard high school movie it is below average. Where Life is Strange managed to throw me off guard and surprise me, there is nothing in the Before the Storm story that makes me even rise an eyebrow. It is all so easy to anticipate.

I remember the dialog between Max and the other characters in Life is Strange to be quite good, but in Before the Storm it easily go from cheesy to cringe and I find myself quite often in awkward situations; not because the writer wants it to be awkward but because it’s not very well executed. Maybe the voice actor didn’t have the context of the line they were reading or something.

Lets stop bashing this game now. Before the Storm isn’t bad it is just not as good as Life is Strange. If you want more from Arcadia Bay, to live in that world a bit longer it could be really good but for me it was just an ok experience.

Review Life is Strange: Before the Storm on R3PL4Y