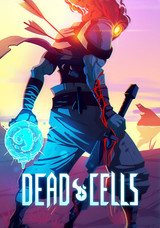 This looks interesting. Like a metroidvania meets Dark Souls. Actually it's a roguelike. What was it with roguelikes? Oh, yes - I can’t stand them.

You can just die so many times before you start loosing interest because of lack of progression. I wish this game would have made more of an effort to help me progress. Instead I’m expected to play through all 4 levels every time I die to the boss. Let me just practice the boss, no. And the levels aren’t easy, so I die again on my way to the boss, for the nth time.

I do like this game. But it's killing me with boredom. I’m not good enough so I’m not making progress, and instead of meeting me half way the game is screaming at me GIT GOOD!

So I stop playing. This game makes me feel like I suck. That is not a feeling I’m looking for in a game.

You know what Dead Cells? You suck right back!