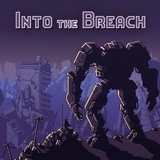 Into the Breach
mikaellundin 11 November, 19:14 Completed the game

This is a pretty interesting game.

Everything takes place in a 8x8 grid. Probably not an accident that is the same as in chess, and just as chess it is a turn based game. You have three robots, and your task is to survive and protect the assets in the grid. You opponent will have units spawning in each turn and you need to kill them off or stop them from spawning in order to keep it under control before the game ends.

You play 6 games for every island, there are 4 islands and one end battle. So a complete game from beginning to end takes something like 1-2 hours. I've played it through several times with different mechs and different difficulty settings, so that I feel comfortable to make a judgement of this game.

First it is very addictive. It has this "just one more time" feel to it that I really like. It also feels like the game is very just. The rules are very straight forward and if you fail a mission it is never due to bad luck. There are just a few luck based elements in combat and you know not to trust them. This is what makes this game play much more enjoyable than XCOM.

There are a few interesting scenarios to play. The most interesting is where you need to keep one specific Vek alive during the whole game, even though it is doing its best to try to kill you. It makes the dynamics interesting.

Now, what I don't like about this game. If I should compare it to chess, which I think I should, the AI does not behave in a predictable way. It seems like the enemies can attack just about anything with no plan at all. This makes it hard to think ahead, and instead you try to solve each problem you have just that round and not position yourself in a way that will be bad the next round. In this way I think the tactics part of this game is very shallow and that disappoints me.

When things go south, it does so very quickly. You can go into a round with great health, drivers and mechs, and just because the AI decides to make the worst (best on their part) possible targets, you loose the whole game that round. It can feel very unfair even if you did the best you could.

This game offers a lot of replayability though customization of mechs but honestly I'm quite done with it after clearing the first Rift Walkers. I think that's because the gameplay doesn't have the depth to sustain all the mech types. Once you've cleared the islands 10 times you start to feel you've had enough even if there are potentially 100 hours more of different combinations of mechs.

I had fun with it the time that I spent with it. It is a good game.

Review Into the Breach on R3PL4Y