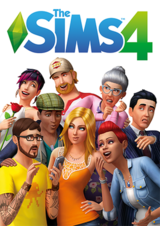 I bought The Sims 4 initially for my son, because I thought he might like it, but then I got stuck playing it myself. I found it relaxing to just do some simulation at the end of the day when I usually am too stressed out to play anything substantial. The Sims 4 was just right.

In terms of gameplay this is just what you'd expect from a Sims game, but also a bit more. The game surprised me several time by offering much more options for my sims than I expected. The way sims can interact with each others are really fleshed out and much more advanced than I remember from previous games.

Another surprise was the amount of content in the base game. As you know there are tons of expansions to this game so I thought the bare installation would feel a bit thin, but not at all. There are more things in here than I care to explore. It is really generously compiled.

I played this on the PS4 which is a port from the PC. The conversion is really bad. Even as you start the game up the first thing that happens is that the logo on the start screen lags, and the lagging is constant in the game. Everytime you do something out of the ordinary like switching between build mode and play mode, the game lags like crazy. It is not ok.

I really hate PC ports. Gaming on a console is not like gaming on a PC. Instead of making an interface that works for the console, they have given me a mouse pointer to drive around the screen. It is a really bad solution. There is an alternative control method where you jump around the screen but it is so disorienting I prefer the lousy mouse pointer.

As always with PC games they expect you to sit 1 feet from your screen. The text is really small even on my big ass TV. I need to lean forward to be able to read it, and as with any PC game there is a lot of text to read.

There are bugs in the game but not as many as I would expect from a Sims game. One time my Nanny failed to enter the house, so the kids were alone for a whole day. At another time one of my characters became invisible and unresponsive.

I played the game with two starting sims, and they both reached the end of their careers and maximized their ambitions. They got two children and one roomate. I had fun, but the conversion from PC to PS4 was really bad.

Review The Sims 4 on R3PL4Y