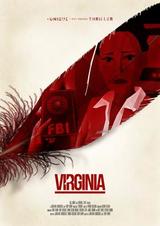 Virginia is a walking simulator where you play as Anne, just graduating the FBI academy. She gets assigned her first case and it is not exactly what she’s expected.

This game is mostly focusing on dealing with guilt and moral decisions. The story is okay when it really takes off, but then it becomes very dreamy-weamy, suggestive and confounded.

What bugs me about this game, that hasn’t been an issue with other walking sims is that it puts you in the passenger seat of the experience. When you get control of your character you pretty much only have one possible thing to do. Even exploration that is a main part of every walking sim is very limited in this game. There’s just isn’t much to explore. You’re being told a story from A to Z with small bits of interaction in between.

The music in this game is very atmospheric and good. I like the graphics also, for the main part. I do not like that the facial expressions are mostly static, and sometimes the game is a bit too dark on my TV with no option to change the gamma. Since you are in the back seat, the scene will suddenly change in unexpected places, which felt a bit nauseating. This is also increased by often putting the camera on the head of the main characters, making it swing violently getting in and out of bed. Maybe this aspect would have worked better if it was a VR game.

All in all, this was okay. It didn’t move me particularly or have any kind of great impact. After playing it I read an article saying you should play it twice because it is amazing the second round. I did play it a second time but I was not impressed. I tried to pick up all the trophies but even when following a guide I failed to find all collectibles and such never got the platinum. I don’t really have the patience to play it a third time to pick up what I missed.