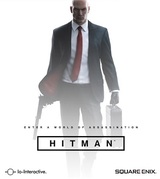 There was a period when all content was going to be episodic content. I think Tell Tale really hit it off, and then we got games like Life is Strange. Hitman (2016) was also made episodic with 6 episodes. That made me completely uninterested in this game but after a while the reports were coming in that the game is really good, and in the end I got all the episodes at once with my PlayStation Plus subscription.

I have limited experience of Hitman. I played Absolution at one point, but apart from that I’m really fresh to the concept. It does differ somewhat to an ordinary action 3ps. For instance you start every mission with a gun, but if you use it you’re going to get reduced score. In one mission I managed to alert every guard on the map and when I finished the mission I had 10 non-target kills, so I got 0 points in total. What’s that about!?

Every mission starts in an open map where there are one or several targets to eliminate. It is however not your ordinary action shooter. If you go in with your guns blazing you will be killed in no time. Instead the game acts more like a walking sim where you need to sneak around collecting information. When you get enough information you will be able to kill your target with very little effort.

I like this game. Each map contains a huge amount of options for killing your target, and every map is very different from the others. There is one mission in a hospital, another in a hotel, one in a mid eastern city under massive protests.

Each mission is fun and interesting and the only time it gets frustrating is when I default to my action instincts and try to shoot or blow up the target. All the guards on the map quickly get alerted of your presence and you have a hard time to get out.

The story is pretty stupid, something about shadow organizations killing off each other. I like the female voice actor but agent 47 is a ridiculous character. I understand that they need to keep true to their legacy, but I would have enjoyed a character like James Bond more, than this ice berg of a human.

These missions went by in a heartbeat and while I see the temptation to replay them and try different challenges, I would rather continue with Hitman 2.