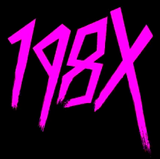 This game is a homage to old 80’s arcade games. It features a teenager going through life and going to the arcades to escape reality. While the story is told completely through cut scenes, you play each of these games the kid plays in the arcade. So you could say this is a set of mini games bound together by cut scenes.

The game is not long, maybe 2 hours, but you manage to dip your toes into 5 different kinds of arcade games. There is a beat-em-up, a racing game, shoot-em-up, ninja game and a dungeon crawler. Most of them are fun for 5 minutes but get really frustrating before they are completed.

Both the graphics and the sound/music are fantastic, but the writing is very boring. I think it is because there is nothing happening. It is 30 minute (combined) cutscene of a character portrait. After 5 minutes you get the idea and then its just iterating.

The mini games do hold a certain wow factor when you first see them, but I would not want to play a full length game of any of them. I find them too unforgiving and frustrating. The ninja game was particularly frustrating with a split second to react on what was thrown at you, meaning you had to memorize the whole course. The only minigame I really enjoyed was the Out Run clone, maybe because I’ve played the original the most, and there was a really nice atmospheric scene in the end.

All in all this was good. The story really ended with a bad taste, the mini games were frustrating but the graphics and the music pretty much weights it up and makes it worth the 2 hours it took playing.