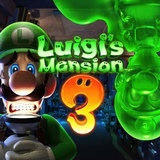 I’ve not played any of the predecessors, but I didn’t find that a problem. I bought this game for my 5yo and we fell in love with the ghosts and the setting.

This game is awesome! It has fantastic environments, fun and challenging bosses and is overall a joy to play. The game-play is very satisfying both the sound design and the animations. The controls are also better in this game compared to Super Mario Odyssey even though the perspective is the same.

I thoroughly enjoy exploring the hotel and it never got to the point of boring me even though the game was over 20 hours long. That is an achievement in itself as I easily get bored.

I did play this with my son. We didn’t play it in coop but rather passing the controller back and forth. My son played all the puzzles but as soon as there was fighting with ghosts he passed me the controller because the control scheme was too complex for him. Usually it included holding down several buttons simultaneously while moving around and that is too much to ask of him in a stressful situation.

The fighting gets a bit tedious. While the bosses are fun and innovative I found the trash mobs to be very repetitive as they are mostly the same all throughout the game. I had some troubles with few of the puzzles because they weren’t intuitive. Also some of the bosses prove to be a challenge because they didn’t have any clear tells. We had to YouTube how to beat them.

What I hated about this game was the cat stealing the elevator buttons and running away with them. It represented a lot of backtracking and it didn’t feel like we were making any progress. Apart from that I loved this game and would totally recommend it.