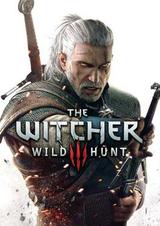 The Witcher 3: Wild Hunt
mikaellundin 4 May, 17:58 Completed the game

I’ve been glancing at The Witcher 3 for a long time without buying it. Mostly because it’s the typical game that looks fun, but when I start playing i I just hate it. And then there’s this thing about its length, 53 hours on HLTB. That is very off putting to me. A time investment like that must really be worth it.

The game starts pretty dull and gloomy. You are riding around the country side looking for a witch called Yennefer. I recognized her from the TV-series. The tutorial is very long. In fact it feels like it goes on forever. The combat is boring, the story is dull and the world is gray and brown.

The I got to the second act. You arrive at a city and the story gets into a whole new pace. You get multiple story arcs that start intersecting each other. You get to know some interesting characters and the main story starts showing some depth. My interest for the game grew and I started playing it more regularly.

Then the third act, you arrive at some distant isles, and boy! I’m not going to spoil it but I loved this place. I really wanted to know what would happen to my characters and I felt really invested. I started doing more side quests because I was having fun with it, not going the straight path to the end.

I think the end actually ruins it a bit. Not because it was bad but because it was so long. It never ended. I kept an eye on a walkthrough because I hate fake endings, but even knowing how far I was, it felt like the game didn’t know how to end. At the end it was both sadness that the game was ending, but also relief because it was about time for it to end.

I loved the story, the places, the world, the small details, the art design. I loved the epic sense of it all, but also the love and compassion put into the small simple quests and characters.

There are a couple of things I didn’t like. For one, the main antagonist was not introduced until very late in the game. The first 2/3 it felt like you didn’t really understood the goal of what your heading towards, only the direction of where you’re going. And when the main antagonist is revealed it is just in conversation. There is no great reveal, and in the end he turns out to be a quite meanless guy.

I didn’t dislike the combat, some of it was pretty fun, but after a while it got very repetitive. It’s hard to make combat interesting through a 53 hour long game and I don’t think they succeed in The Witcher 3. The arsenal you have at your disposal is pretty much the same throughout the game except for a few small improvements/skills. The skill tree and character progression is not very interesting and you mostly go for higher numbers the better. Once you learn to use the Witcher Signs in an effective way, it gets a bit more interesting but there’s no depth to it.

Riding long distances with my horse never bothered me much, and the game gives you plentiful waypoints for fast traveling back to places you’ve already been. What bugs me about the horse is that it’s really bad to control, compared to Red Dead Redemption. You can ride at full speed and suddenly get stuck on a twig or small board sticking up from the ground, and it is hopeless to navigate around especially when you’re in a race or being hunted.

Some of the controls are pretty bad. I never figured out how to properly loot bodies. It requires so precise positioning in order to get the notification so you can loot the body. Also looting boxes or sacks that stand together it is near impossible to control what thing you are looting. While fighting the controls work pretty well, but just moving around can sometimes be the hardest part of the game and gravity killed me more than once.

Last I played this game on the Switch. As handheld game it worked wonderfully and I loved being able to play it from where I was and not stuck in the sofa by the TV. Most of the time I didn’t want to play it on the TV because I didn’t want the kids to see half butchered bodies with their intestines hanging out. When I did run the game on my 4K TV it turned out that the Switch wasn’t cut out for it. The game looked smudgy and unsharp. It didn’t bother me much, but if graphics is a big deal to you, then you should probably buy this game on PS4 instead.

I played through the main campaign and I spent time playing most of the secondary missions as well. I will come back and play the expansions later when I’ve put some distance between me and Geralt and get that Witcher urge back.