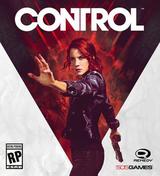 Control
mikaellundin 20 May, 15:17 Completed the game

If you've played Max Payne in the 90’s you will remember how ground breaking that game was. It was one of the first games set in a realistic world. It was believable. It also combined story telling with third person action in a ground breaking way. On top of that it was a really good action game that introduced the bullet time mechanic to gaming, and on top of that it was really funny. From the characteristic smirk of the main protagonist to getting health boost from painkillers.

The Max Payne series got tired with the third installment where Remedy tried to say something about depression and alcoholism but nobody really understood what.

Now they’re back, with a new game that has nothing to do with Max Payne, some things to do with Alan Wake, but still gives me just that feeling that I did have when playing Max Payne for the first time. “Holy shit, this is new! This has not been done before. I need to tell someone to take a look at this.”

It is much harder to instill that feeling into me now, almost 20 years after first Max Payne. There have been so many third person shooters that I didn’t think you could do anything new with the genre. I think I also have played the most significant ones, and I must admit that I am a bit tired of the concept. But here we go, I loved every minute of Control from the beginning all the way to the end.

Why is it good?

These are the correct ingredients. There is a mystery - why is the office building empty? The atmosphere - Why does it feel really creepy? The Character - Who is this crazy janitor speaking Finnish? The sense of humor - why are you his assistant?

Then it starts to get very weird. (no spoilers)

This is an action shooter and the shooting is very good. There are a wide array of enemies that all poses their own unique challenges. The enemy progression is also pretty good as they introduce new enemies also quite late in the game. There are not a lot of weapon options as you have one base weapon that you can customize so it works like a gun, shotgun, minigun, sniper rifle or a granade launcher. You can add modifications to your gun and none of those modifications are permanent, so you can always replace them if you want another configuration. The gun progression and the enemy progression are also very balanced as I never felt that I didn’t make any damage to enemies.

You gain several abilities during the game and in some sense the game reinvents itself for every new ability you get. Suddenly you find optional paths that weren’t open for you before, or different ways to beat of the horde of enemies. The most famous ability that is in every trailer is the launch ability - you use telekinesis to pick up rocks or furniture and throw them at your enemies. This is extremely satisfying and it is also overpowered. By the end I was mostly killing enemies by throwing stuff around, more than using my gun.

This launch ability is the equivalent of the Max Payne bullet time. It changes the game play drastically and it is the main reason you can walk into a room with 10 enemies and just obliterate them. It is so satisfying. My son walked into the room when I was playing Control and when the saw me launch a fire extinguisher right onto an enemy so it exploded in a white foam cloud - he just stopped short and expressed WOW! And that feeling doesn’t go away.

The level design is very good. You do get tired of office spaces and corridors by the end, but there is mostly something new around the corner that you haven’t seen before and that makes this game very hard to put down. You want to see that next thing, you want to know a little bit more about the story. The levels often double down on themselves so when you are done, you just exit by a door and suddenly you’re back by the elevator. That is so refreshing.

Sometimes you need to go back to old levels and then you are greeted with respawned enemies, but not always. I think there is a limit of how many times enemies can respawn and how long time it must go between respawns. I mostly found it refreshing and not irritating.

Death is not very serious in this game. You loose 10% of your crafting materials when you die, but you can just go back to where you died, all enemies up to that point stay dead and you can continue from where you were. That is very neat. It doesn’t feel like the game is punishing you for failing.

The story is weird. Very weird. It is like some strange version of X-files. But I love it. The protagonists are good, the antagonists are also good. There is a good progression there and you get some closure by the end, even if I didn’t find the ending completely satisfying.

So, you probably notice by now that I love this game. What didn’t I like about it?

The whole boss situation is bad. I remember 1 boss, and I remember that boss because it killed me maybe 10 times before I got it. The rest of the bosses were just ordinary enemies to me. Sometimes I didn’t notice that I was in a boss fight until after and Jesse dropped a comment about it. Very strange. I think the game could have benefited from a few larger non humanoid puzzle bosses, but that is me.

The game was just the right length I think. It was not too long and not too short, but the ending was dragged out. It was a long gauntlet of killing the same enemies over and over and I started to get really tired of it by the end. However, once through I was really happy about it and it felt really good to finish this game.