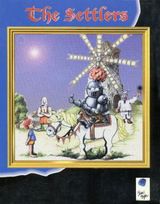 I discovered this game very late. As a long time fan of Civilization I had a hard time to understand why you couldn't interact with the individual units in the game. At first it seems like a huge disadvantage, but after a time it became the whole interesting point of the game. Could influence citizens of your kingdom, but you couldn't really tell them what to do. They lived their own life.

The fun part of this game is to build a kingdom. When you got enough resources it is time to go to war with other nations and this is what I find to be the weak part of the game. It was hard to control the skrimishes and to gather your strength at the right place and right moment.

I've tried many of the sequels, but I've never really found them as compelling as this first game. I am still to try out the iPad version. Hope it is more true to the original than the other sequels have been.

Review The Settlers on R3PL4Y