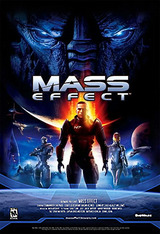 This first installment of the Mass Effect series didn't impress me much. I did play it a couple of years after its release, so graphics were quite outdated, but that usually doesn't bother me much.

The game felt unbalanced. Some smaller bosses and parts could be hellish to get past, where other big bosses where a walk in the park. I think that Bioware pretty much shoot themselves in the foot when they tried to make a game that should fit so many play styles/classes that Mass Effect allows. It kind of reminded me of Neverwinter Nights, where you could run into a dead end if you didn't build your character right and then the game bragged about the limitless combinations of character builds.

What kept me going was the story. It is very intriguing and you want to know how it ends. As for the game it self - not much more than the average FPS to me.