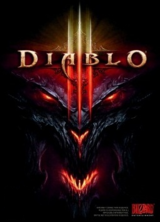 The last week I've spent with Diablo 3, playing 23 hours on a softcore monk and about 8 hours of hardcore witch doctor. I've defeated Diablo and seen most of the aspects of this game. I'm now sure enough to give you a verdict.

But first, let's go back to my thoughts along the way

There are mainly two kind of players in Diablo 3. Those that played Diablo 2 to an extent that their hands are malformed and twisted forever. And the other crowd that comes from World of Warcraft and never before experienced Diablo. To that crowd we need to say this

Diablo 3 feels exactly as Diablo 2 felt back in the day.

This is no small feat of Blizzard. As glorified as Diablo 2 have been, they did not recreate the game with new graphics. They took the feeling of Diablo 2 and transformed it into our expectations of Diablo 3. It shows what kind of craftsmen they have at Blizzard, and how much love they've poured into this game.

There is no argue that Diablo 2 was a great game, as people we're playing it actively 10 years after its release. But we can't assume this was the perfect recipe and there's no room for improvements. One might argue that Blizzard spent too much time into recreating the feeling of Diablo 2 that they completely missed to evolve the concept.

One major change is the removal of the skill tree, and you can now choose from a set of skill at will. Yes, it turns the game much more casual. You can't completely ruin your character anymore by putting intelligence points on a barbarian. For every level you gain, you gain new skills that you may select from. This leads to much more experimentation and there is a good chance you've tried out all of the skills you have available, instead of downloading the perfect build from a Diablo wikipedia. This change most concerned by Diablo 2 zealots makes the game more fun, more creative and will create a greater diversity on how players choose to play their game.

Other than the skill tree I see few improvements from Diablo 2 formula. As I've grown 12 years from the previous games I've come to expect 12 years worth of improvements. Clicking my way through four acts of looting is really not that fun anymore. I can concur with the World of Warcraft audience that there is no skill required to play this game. You have no spells to time, no real strategy in your fighting. This is more of a RPG version of Run-and-Gun game. - Don't think - just click.

Sadly, not even the bosses require much attention as you mostly go head on with a melee character, or kite around with a ranged character. Act bosses has gotten 2-3 fight parts with increasing difficulty, but they hardly require more than a seconds thought to discover their weaknesses and taking them down. This is not what I expect from a game today. Bosses should teach you something that regular mobs don't, and the things we learn should be brought with us to be able to handle the rest of the game.

Instead, bosses is only a sure way to get yellow loot.

Tactics are mostly limited to the auction house where you try to get good prices on new gear. Finding all your gear in-game is not impossible, just requires some grinding, but I think that most casual players will use the auction house to spend their gold on what they need, instead of pouring hours into mindless grinding.

This is a good thing. I'm not sure how the auction house will evolve with time, but it is surely a good way of keeping gamers from getting borded with the game. As they level up they can just pick up new gear from the auction house instead of getting stuck until you find a new set of pants.

I've already ruled out softcore as a clicking game. You don't really need any skill to complete it, just tenacity. As long as you keep clicking that mouse you will get to max level and get top gear. If you die sometimes, you get a small penalty, but that is nothing that can't be cured with some more click click click.

Hardcore is different. When you die you're dead. There is a thrill of going into battle, knowing that it might be your last. Suddenly you need to think about tactics, how to take on a boss without getting killed. You only have one try so you have to make it count.

The critics say that hardcore is unfair, that you might die because of a bug, network glitch or unfair spawning. This is true, but it also makes the game a little more exciting. It is not fair and it never will be. We can assume that all hardcore players will experience the same amount of unfairness making hardcore characters comparable.

What hardcore really do say is that your level 40 character is better than my level 20. You have managed to stay alive far longer. But your level 60 softcore character is nothing compared to my level 10 hardcore. You just have much more time on your hands than I do.

Hardcore is really the only aspect of this game that would keep me playing after defeating Diablo once. The story is not that interesting to experience over and over. The loot will make you excited for some short period of time, but it is the aspect of having a goal, trying to accieve it while it is possible to fail that interests me.

Hardcore makes it possible to fail.

This game has a great atmosphere, great gameplay, mediocre story and high replay value. I miss the feeling of what I do require some skill, which is what hardcore is for. Anyway it is not enough to get my highest score. I need a greater depth that makes me go contemplating the game even when I'm not actively playing.

This game is certainly not interesting enough.